Players, using the map and being limited with time, need to collect all the presents to be put under the Christmas tree.
There are shops on a playing area where you can go to. When the players approach the shops, they will be indicated by an arrow.  However some of them have been already closed because of the holiday and the players will have to go on their search. Following the players’ finding objects the place under the Christmas tree becomes filled.

Depending on the results a player gets points at the end of the game. Avon gave away prizes and gifts to the best players.
Keyboard is used for control: cursor management arrow - movement, space key - to continue after display of the information tables.
Sound is turned off with help of a bell placed in a right upper corner.

The campaign was run for the New Year holidays in 2009. 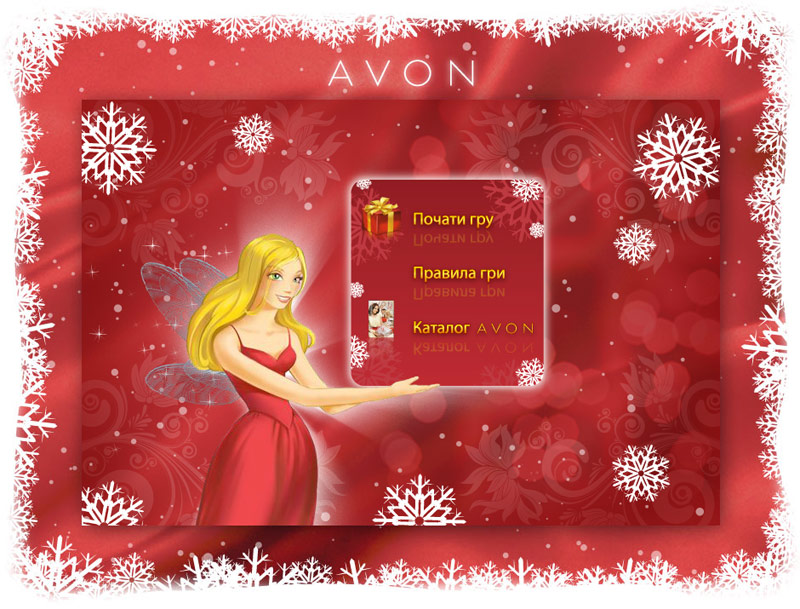 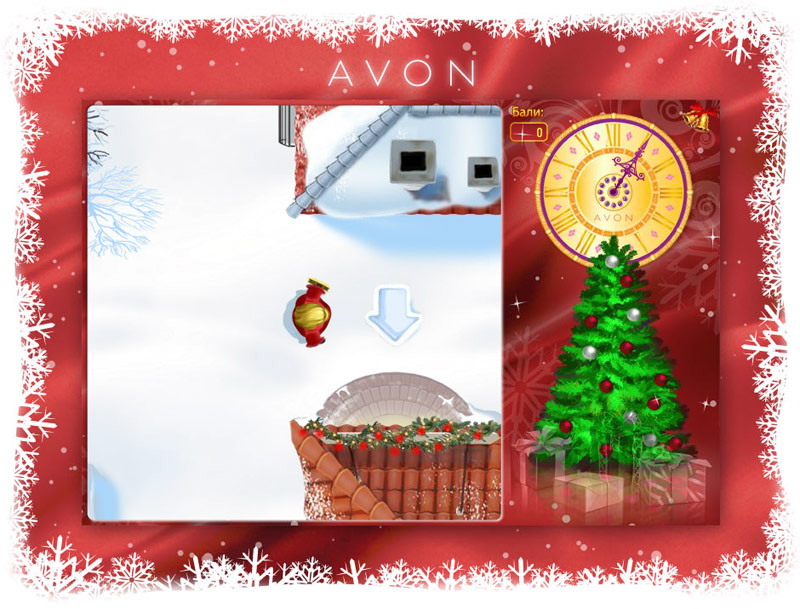 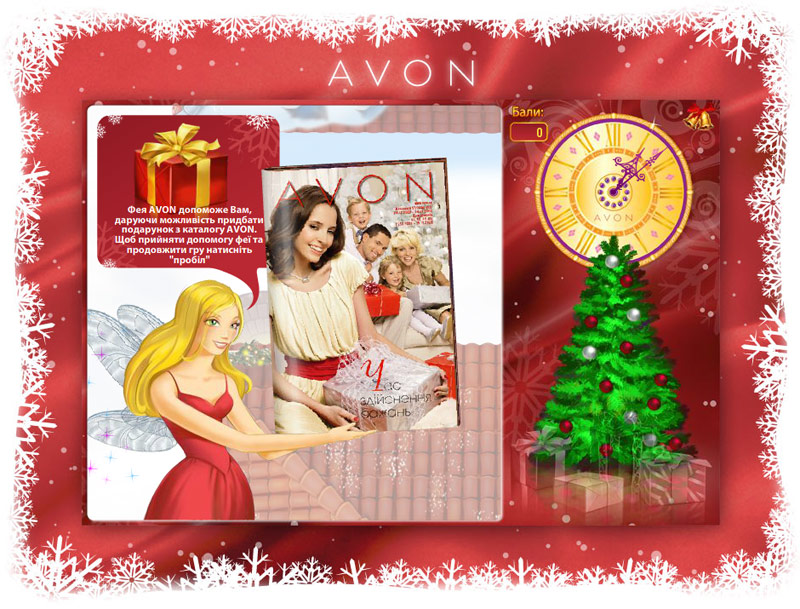 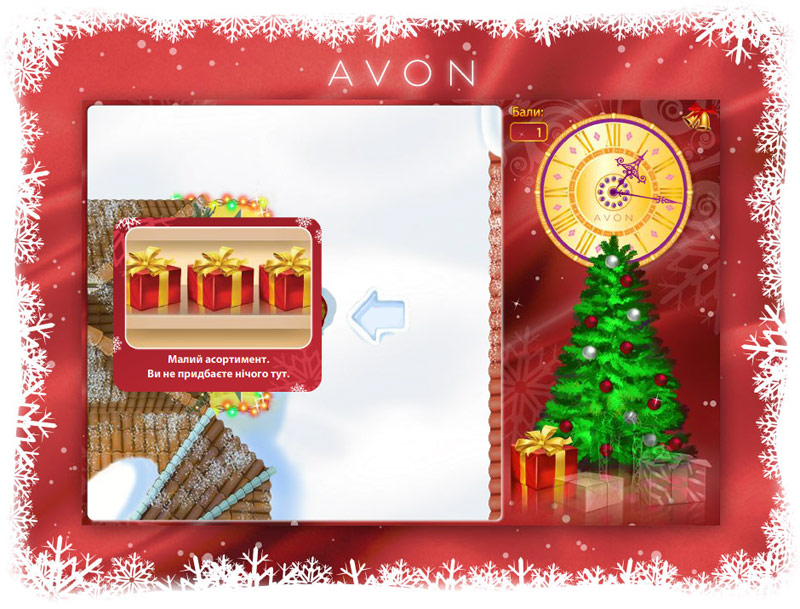 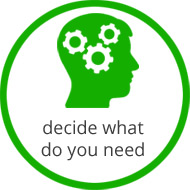 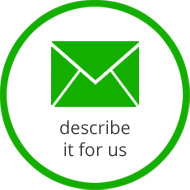 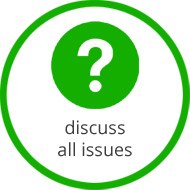 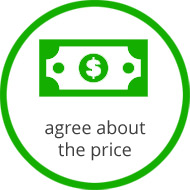 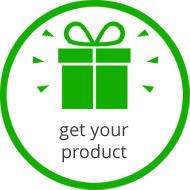